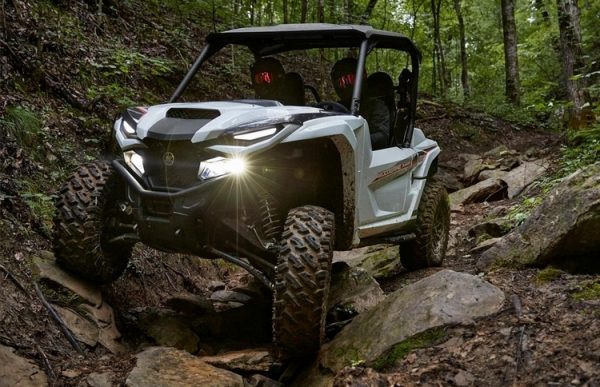 Electric motor is engineered specifically for electric hypercar applications. The compact 800-volt unit is said to be capable of generating 496 horsepower. It was developed with the intent of having multiple units powering the same vehicle, so a vehicle using even just two of these motors could be incredibly powerful.

Yamaha also highlights the motor’s compact size a result of the gear and inverter being integrated into a single unit.

This isn’t the only electric motor Yamaha has developed. Starting last year, Yamaha began expanding its business to include development of motors ranging from 47 to 268 horsepower. The smaller units were created for personal mobility vehicles and motorcycles in mind, while the more powerful units  are intended for passenger cars. These motors were commissioned by other companies for use their respective products.

Freedom from the 1000cc gasoline engine limit could make electric UTVs the most exciting models yet. (atv)